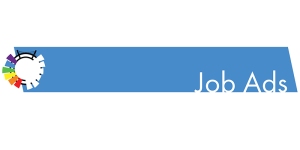 The Department of Near and Middle Eastern Studies welcomes applications for the position of Lecturer (Yunus Emre Institute Lectureship in Turkish Cultural History) in Turkish Cultural History. Applications from candidates with a specialisation in the social and/or cultural history of the Ottoman Empire will be particularly welcome. Applicants must hold a PhD and have a strong research profile appropriate to their career stage. They will be expected to demonstrate an ability to address wider thematic debates and to teach survey courses to undergraduates, as well as offer more advanced research led modules in their area of specialisation. They will also be expected to develop modules for post graduate students. The successful candidate will develop new modules as well as contribute to modules in the Department of Near and Middle Eastern Studies and in the School of Languages, Literatures and Cultural Studies. The successful candidate will also be expected to undertake the organisation of public events and outreach related to Turkish Cultural History in consultation with the Head of Department of Near and Middle Eastern Studies and the Yunus Emre Institute. 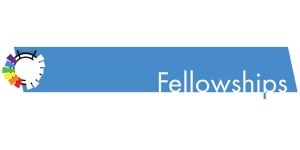 As part of the commitment to ensuring ongoing excellence in doctoral-level research, SALIS is pleased to offer a number of scholarships for full-time PhD students. The scholarships will commence on the 1st October, 2022. Successful candidates will receive a stipend of €16,500 per annum for up to four years, subject to satisfactory annual progression. Registration fees will also be paid.

NOTE: There are also four full interdisciplinary PhD Scholarships on the broad topic of “Conflict” on offer in the Faculty of Humanities and Social Sciences

Mary Immaculate College wishes to appoint a suitable candidate to the position of Director of Equality, Diversity, Inclusion (EDI) & Interculturalism on a permanent, full-time basis. This is a senior management appointment and will be made at Principal Lecturer grade.

The Director of EDI & Interculturalism will assume responsibility for the broad range of operational tasks and intra-institutional coordination necessary to deliver on the College’s Gender Equality, EDI and Interculturalism strategies. This will include Athena Swan activity, alongside other relevant aspects of gender equality work, as well as diversity, inclusion and intercultural work, and coordination of efforts to address gender-based violence and sexual harassment, within a coherent and cohesive EDI context.

Mary Immaculate College (MIC) is an autonomous, university-level, Catholic College of Education and the Liberal Arts. Founded in 1898, and linked academically with the University of Limerick, MIC is the oldest higher education institution in Limerick. 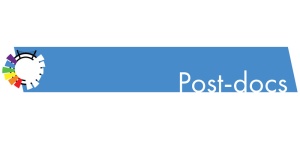 The Centre for Human Rights and Citizenship Education (CHRCE) champions educational policy and practice promoting human rights, children’s rights, inclusion, global justice and environmental sustainability. The post-doctoral researcher will work on a funded project, INOVATE, concerned with representing and incorporating authentic minority ethnic young people’s voices within teacher education programmes at both pre-service and in-service levels. The successful individual will report directly to the project’s Principal Investigator and the Centre for Human Rights & Citizenship Education executive committee. The individual will coordinate the work of the project under the support and direction of the Principal Investigator and play a key role in achieving the project objectives and goals.

The individual will support the INOVATE project in order to contribute to the equal representation of young migrants within the education sector and an authentic and respectful public portrayal of individuals’ personal stories. Moreover, this authentic representation of ethnic minority voices and integration into teacher education programmes will enhance young migrants’ democratic and meaningful participation within the education sector and within wider society. The project will be delivered face to face and online and includes partnership between DCU and civil society groups who will work collectively to deliver the programme.

As part of this role the Researcher will be required to participate in the DCU Research Career Framework. This framework is designed to provide significant professional development opportunities to Researchers and offer the best opportunities in terms of a wider career path.

The DCU Institute for Creativity is currently working on an exciting project funded by the National Forum for the Enhancement of Teaching and Learning in Higher Education. The aim of this project is to promote and stimulate creativity within the staff and student community in DCU. This forms part of the University’s current strategic plan, and is an ambitious objective with great potential.

The School of Applied Language and Intercultural Studies (SALIS) is a research-intensive learning-centred, and globally-engaged School that is working toward a sustainable multilingual and multicultural society. They teach and research new developments in the areas of applied linguistics, translation studies, literary studies, citizenship education, migration studies, sexuality/gender studies.

Maynooth University is seeking an academic with an outstanding record to join the staff as Assistant Professor / Lecturer in Spanish Studies with a specialism in Intercultural Studies, understood in its broadest sense to encompass subfields such as cultural and literary translation, cultural industries, and intercultural creativity, among others. The person appointed will have a proven record of teaching, research and publication, appropriate to the career stage. He/she will be expected to make a strong contribution to the teaching programme of the SMLLC / Spanish Studies section and undertake teaching duties to on the School’s undergraduate and postgraduate programmes as well as the supervision of Master’s and PhD students.

The School of Applied Language and Intercultural Studies (SALIS) is a multilingual, multicultural research-focused school with specialisms in Modern Languages (Chinese, English, French, German, Japanese and Spanish); Applied Linguistics; Translation Studies; Literary Studies; Migration Studies; Sexuality Studies; and Cultural and Intercultural Studies. SALIS offers a multilingual and multicultural environment in which to pursue a PhD programme, and has a strong focus on a multidisciplinary approach to language and communication.

As part of the commitment to ensuring excellence in doctoral-level research, SALIS is pleased to offer a number of scholarships for full-time PhD students commencing 1st October, 2020. Successful candidates will receive a stipend of €16,000 per annum for up to four years; subject to satisfactory annual progression. Registration fees will also be paid.

Maynooth University are seeking an academic with an outstanding record to join our staff as Professor of Modern Languages, Literatures and Cultures. The person appointed will have an excellent record of teaching, research, publication, securing national and/or international funding; he/she will also have a very high level of language competence in one or more of the School’s core languages: Chinese, French, German and Spanish. While the appointee will be firmly rooted in his/her own subject/language area and contribute to all aspects of the teaching programme of this subject/language, he/she is expected to provide academic, strategic and scholarly leadership across all subject areas within the School. The area of expertise is open; however, given the ongoing curriculum developments at Maynooth University and the involvement of the SMLLC in the new curriculum, preference will be given to candidates who have an outstanding research profile in one or more of the following areas:

The fifth biennial Doing Women’s Film & Television History conference invites proposals from researchers and practitioners engaged in the exploration, uncovering, archiving and dissemination of women’s roles in film and television, as well as wider media, both in the past and today. The theme of this conference – ‘Forming Histories/ Histories in Formation’ – aims to foreground issues pertaining to the production, curation and archiving of women’s histories in film and television as well as the methods for, and approaches to, producing and shaping these histories as they form. More particularly, much can be learned from the diversity of practices, experiences and narratives of women’s film and television history as they pertain to: national, transnational, world and global histories; neglected, peripheral or hidden histories; organisations such as museums, archives and universities; collectives, groups and movements such as #MeToo; local communities and community media; emergent forms and platforms; and historical approaches to women’s reception of film and television as well as historicising current practices and experiences of reception, fandom and consumption.

This three-day conference casts the net wide so that it can capture a range of experiences, practices, industries, nationalities and voices that are situated in relation to women and their histories. The conference provides a platform for those working in and researching film, television and media more generally as well as those invested in the production of these histories and narratives of the past and as they materialise.

The community media sector has been the focus of an increasing amount of scholarly attention as it has grown in size, from social movement theorists, to political economists, to those focused on governance and organisational communication. This conference will provide an opportunity to reflect on questions of resilience and endurance as they arise in community media, and to explore the various interdependent factors that can impact the ongoing stability and health of community media projects. In addition to welcoming research grounded in particular case studies, we look forward to papers that will, in a holistic fashion, explore the role and operation of the sector in the context of broader socio-political concerns.

Contributions are invited from academics (including emerging and early-career scholars) exploring these issues, as well as from those working within the community and alternative media sectors.