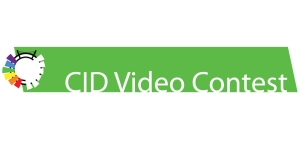 CID’s second video competition is over. As a reminder, students were asked to answer the question “How do social media influence intercultural dialogue?” in 90-120 seconds, on video. Posts have appeared over the past weeks describing each of the top videos, but here is a single list with links to all of them.

My thanks to all the competitors, who took the time to really think about the question of how to show the ways in which social media influence intercultural dialogue. Thanks to colleagues around the world, who helped spread the word about the competition. Thanks to the judges of the competition, professionals who made time to review student videos (and special thanks to Mary Schaffer, on the CID Advisory Board, who not only served herself but recruited the other judges.) Thanks to Heather Birks, for initially suggesting the idea of a video competition, for arranging funding for the award to be provided by the Broadcast Education Association (BEA), for providing server space for the videos, and for providing most of the technical support (and to JD Boyle, at BEA, for additional technical support). The competition would have been impossible without all of the work of all these people.