Ruben Daniel Mazzei is a university EFL and literature teacher and a sworn translator (Universidad Nacional de La Plata) and is currently working on his thesis in Linguistics. He teaches at primary, secondary, tertiary and university levels, and is a researcher for University of Buenos Aires. 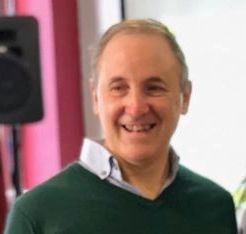 He has delivered and produced CPD courses and materials since 2005 for Dirección de Formación Continua -Province of Buenos Aires- and has coordinated the team of CPD teachers for the Ministry of Education for nine years.

He has recently participated in the updating of the Curriculum Design for English in Primary School for the Ministry of Education and for Secondary School (E.S.B.) He is also a speaking examiner for Cambridge University. He has participated in several of the British Council activities such as developing material, facilitating reading groups and coordinating the Connecting Classrooms programme for Argentina. He has facilitated workshops for the British Council on Global Citizenship and Global Education accredited by the University of London and workshops for the British Council Core Skills Programme both in Argentina and abroad.

He is also an adjunct professor at the University of Buenos Aires –College of Pscychology- where he coordinates and designs materials for E.A.P reading courses and academic literacies. At initial teacher education (profesorado de inglés) he teaches World Literature with a strong connection to intercultural competence/awareness, identity, otherness, and language as a resource to convey meanings and cultures.

Ruben Mazzei´s research interests are interculturality (also as part of the international projects he coordinates at primary and secondary school), academic literacies, genre-based pedagogy- including multimodality- and didactics in Higher Education.

Some of his publications can be found on his Academia.edu page.

Work for CID:
Ruben Mazzei translated KC11: Intercultural Discourse and Communication, and KC44: Multimodality into Spanish. He has also served as a judge for the 2019 CID Video Competition.