Casey Man Kong Lum (Ph.D., NYU) is a Professor of Communication at William Paterson University (New Jersey, USA), where he is the Founding Director of the M.A. in Professional Communication Program (2007-2012). 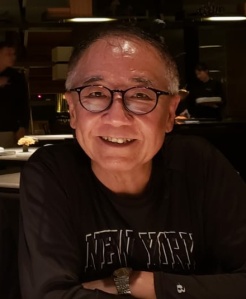 Casey is also an Adjunct Professor in the Department of Teaching and Learning, Steinhardt School of Culture, Education, and Human Development, New York University.

林文刚编：《媒介环境学：思想沿革与多维视野》, 第二版，何道宽译，北京：中国大百科全书出版社，2019 年。[The is the second simplified Chinese translation edition of Lum (2006) by the Encyclopedia of China Publishing House, Beijing.]

Lum, C. M. K. (1996). In search of a voice: Karaoke and the construction of identity in Chinese America. Foreword by N. Postman. London: Routledge.

Currently on the Board of Directors of the Urban Communication Foundation, Casey has been actively serving the profession in various leadership capacities, such as:

Casey serves as a reviewer and on the editorial board of a number of refereed journals. He is a long-time resident of New York City.