Kenneth Baxter Wolf is the John Sutton Miner Professor of History and Professor of Classics at Pomona College. He is also the creator and coordinator of the Late Antique-Medieval Studies (LAMS) program. 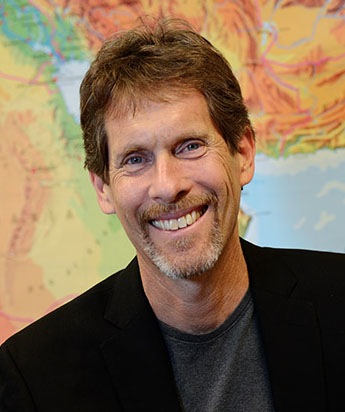 He specializes in the history of the medieval Mediterranean, with particular interest in two areas: Christian sanctity and early Christian views of Islam. Among his publications are: Christian Martyrs in Muslim Spain (Cambridge, 1988); Making History: The Normans and their Historians in Eleventh-century Italy (Pennsylvania, 1995); and The Poverty of Riches: St. Francis Reconsidered (Oxford, 2003). He has also produced four book-length translations (from Latin): Conquerors and Chroniclers of Early Medieval Spain (Liverpool University Press, 1990; rev. 1999); The Deeds of Count Roger of Calabria and Sicily and of His Brother Duke Robert Guiscard (University of Michigan Press, 2005); The Life and Afterlife of St. Elizabeth of Hungary: Testimony from her Canonization Hearings (Oxford University Press, 2011); and The Eulogius Corpus (Liverpool University Press, 2019).