Daan Bauwens has an M.A. in psychology and is a journalist for the Belgian and international press, combining narrative and anthropological journalism in newspaper articles and prose. 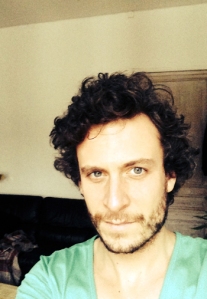 By way of extensive ethnography, since 2008 his research focuses strongly on the influence of culture on interpersonal and intercultural communication. His main interests are conflicting worldviews with violent or non-violent consequences, the influence of religiosity on communicative behavior and the effects of a diaspora on native cultures.

Research topics and publications include: the Israeli mindset and youth culture, the Kurdish cultural struggle in Southeast Turkey, gender and Arab-Berber conflicts in Morocco, Japanese business culture and gender issues, and the structure of political processes in Belgium and the European Union.

In 2014, Daan Bauwens received a Fulbright grant for long-term research and a series of publications on the deep effects of multiculturality and superdiversity on the urban culture of Manhattan and Brooklyn. This research takes place in 2015, with the support and collaboration of New York City ngo City Lore.

NOTE: CID facilitated the connection between Bauwens and City Lore.