Michael Steppat has been Chair of Literature in English at the University of Bayreuth, Germany, where he also served as Academic Dean of the Faculty of Linguistics and Literary Studies for many years until he achieved Emeritus status in 2015. 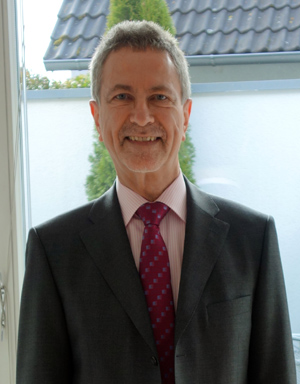 He also holds a Professorial position of honor in Moscow from the Russian Federation’s Ministry of Higher Education and Science, having been coordinator of a cooperation network of five universities and becoming moderator of a research seminar at Moscow City University. In recent years he has been appointed regular visiting professor and external advising faculty member at Shanghai International Studies University, as well as visiting professor at Fu Jen Catholic University, Taipei (Taiwan); in earlier years he was invited as visiting professor at institutions in the UK and the USA. After receiving his Ph.D. from the University of Münster (Germany) and later his ‘Habilitation’ both from there and from the Free University of Berlin, he was a Fulbright scholar at the University of Texas at Austin, then research professor at Arizona State University. He has repeatedly been awarded the Myra and Charlton Hinman Fellowship of Amherst College and the Folger Shakespeare Library, Washington DC. To move in a new direction, he developed an internationally cooperative graduate program of Intercultural Anglophone Studies.

His book publications include Americanisms: Discourses of Exception, Exclusion, Exchange (2009); editions of several Renaissance Latin dramas (1991); Chances of Mischief: Variations of Fortune in Spenser (1990); co-editorship of the New Variorum edition of Shakespeare’s Antony and Cleopatra (1990); The Critical Reception of Shakespeare’s Antony and Cleopatra (1980); and a monograph on the early work of St. Augustine of Hippo (1980). Thus one research interest has been in the constructions of Orientalism in early modern literature. A collaborative volume on Writing Identity: The Construction of National Identity in American Literature (Moscow Region University Press, 2016) extends the research focus to identity discourses in American culture. As appointed member of the Modern Language Association of America’s editorial team for the International New Variorum Shakespeare, he continues to edit assigned plays. Spurred by an invitation from the London School of Economics and Social Science in 2011 to organize a workshop, based on the cooperative graduate program, Steppat has increasingly devoted attention to intercultural studies in connection with literature. The chief research interest in this regard is extending intercultural scrutiny of literature as well as film beyond historical comparison, and toward a processual or interactive notion of culture as practice and meeting ground. Imaginative representation of migrant situations and cultural minorities is especially pertinent in exploring the fertile terrain where literary and intercultural study discover each other.

In 2012 Steppat became Primary Investigator in a Bavarian government-sponsored Sino-German cooperative program on “Identity and Intercultural Communication: Perspectives on America”, which has enabled a symposium, the delivering of papers, and the conducting of workshops on intercultural literary study at various international institutions and conferences. The program has widened to considering Intercultural Communication as a resource for literary research. Connections between the range of research interests keep emerging, sometimes in unanticipated ways. Steppat has produced three volumes on Literature and Interculturality in the Intercultural Research book series, of which he is a co-editor (Shanghai Foreign Language Education Press, 2019). He has been appointed a member of the national Cluster of Excellence “Africa Multiple”. Apart from theoretical and conceptual orientations, major focal areas in this context are diasporic discourses, representations of cross-cultural identities, as well as variations of cross-cultural transfer. A key concern is to understand difficult meanings in the artifacts we study not as a mental act but rather as a social practice and a communicative achievement.

Michael Steppat wrote the guest post, Literature for Intercultural Awareness: A “Key to Perception”? He has also served as a reviewer for translations into German.