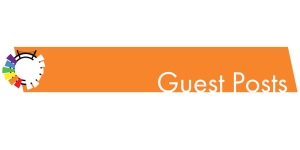 Although the importance of cultural awareness has been widely acknowledged by the U.S. military for decades, questions of how culture should be taught and who should teach it have received renewed attention since 9/11. The wide range of missions across the U.S. military, the hierarchical rank structure, and the variety of military occupation specialties require a broad, multi-dimensional approach to culture training and education. Several service culture centers have emerged to meet the needs of this diverse population in the last decade, to include: the U.S. Army’s Culture Center (Sierra Vista, AZ), the Navy’s Center for Language, Regional Expertise & Culture (Pensacola, FL), the Air Force Culture & Language Center (Montgomery, AL) and the Marine Corps Center for Advanced Operational Culture Learning (Quantico, VA). The culture centers house a mix of military and civilian faculty from the fields of communication, anthropology, international relations, and psychology to teach, research and assess the implications of culture for military personnel. The Defense Language and National Security Education website lists links to them all.

The unpredictable nature and location of military operations requires a set of universal and transferrable culture concepts and skills that personnel can employ wherever they go. The different branches of service have acknowledged the need for personnel to learn “how to learn” about culture, to observe cultural difference, and how to interact appropriately and effectively no matter where they find themselves in the world. As such, cross-cultural competence (3C) emerged as a key outcome of culture training and education. A commonly used working definition of military cross-cultural competence (Selmeski, 2007) is: the ability to quickly and accurately comprehend, then act effectively and appropriately in a culturally complex environment to achieve the desired effect – without necessarily having exposure to a particular group, region or language. However, each branch approaches the definition slightly differently. Sands & Greene-Sands (2014) review each military branch’s definition as well as the research, policy, learning, and application considerations for military contexts, to include the historical development of cross-cultural competence in professional military education and training. Along with cross-cultural competence, the military uses the terms “intercultural competence”, “cultural capabilities” and “culture-general competencies” (Rasmussen & Sieck, 2015) to characterize the skills and knowledge that are applicable in any culture.