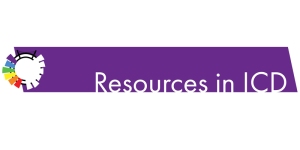 After 25 years of service, U.S. Marine Mac McKinney returns home to Indiana filled with an all-consuming rage toward the people he had been fighting against. Still fueled by his desire to fight for his country, he plans to bomb the local mosque.

But when he comes face to face with the community of Afghan refugees and others of Muslim faith that he seeks to kill, his plan takes an unexpected turn.

He thought they were the enemy.
They thought he was a friend.

“They were able to build an impossible bridge to one another,” Seftel says of McKinney and members of the Muncie Islamic center. “If that could happen, anything is possible. They gave us a blueprint for how we could all do this.” (Blake, 2022)

This is an astonishing documentary, and a great resource.

Stranger at the Gate.

Blake, John. (8 October 2022). A Marine who hated Muslims went to a mosque to plant a bomb. His intended victims ended up saving his life. CNN.

See also KC55: Stereotypes, KC39: Otherness and the Other, and KC89: Xenophobia.