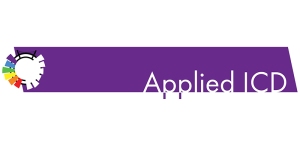 A photographer uses their camera as a way of seeing the world. The audio recorder is my tool for hearing and understanding the world…A big part of the soundscape is about challenging people’s thinking and breaking down the barriers of misunderstanding.

The Smithsonian Institution’s Folklife Festival in 2022 presented the sound installation, “Living Landscapes, Living Memories.” It was created by the artist Diana Chester and her team to present the sounds of the United Arab Emirates. Chester’s argument is that “careful listening can break down stereotypes.”

Multiple soundscapes are presented in the article as examples. Most of the sounds are based on the recordings by Chester and team, but “sound recordings act like time capsules,” as Al Jneibi, one of the team members, told the Festival audience, and so recordings of locations that no longer exist have also been included. “We perceive sounds through a cultural lens,” as pointed out by Al Blooshi, a third team member.