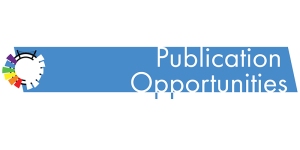 The Thematic Section will focus on the history of international organizations and their communication. Since the second half of the 19th century, for numerous and diverse areas of social life, globally active international organizations of varying degrees of institutionalization and scope, both non-governmental and intergovernmental, have been founded and have dedicated themselves to the global challenges of the first modern age. The most famous of these is certainly the League of Nations, which was established in 1919 as the predecessor institution of the United Nations.

From a media-historical perspective, international organizations played a highly visible role in the transnational intertwining and consolidation processes of journalism, culture, media, politics, technology, and the public sphere in the 19th and 20th centuries. Against the background of the much-discussed boundaries between secret diplomacy and public diplomacy, especially after the First World War, such organizations contributed to the development of the first arenas and forms of international and transnational public spheres whose orientation was toward global governance. To spread their concerns and goals globally, they: constantly used the latest communication technologies and the growing diversity of the media for their communication; organized and professionalized their information work; and developed specific information-policy instruments and strategies for that purpose.