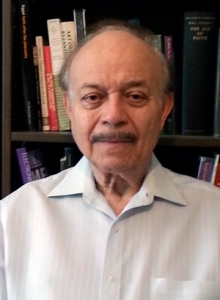 Darian’s Ph.D. is from New York University, in Applied Linguistics. He has used language as his Archimedes fulcrum, to dig into everything from science to religion. He has taught at the University of Pennsylvania and Columbia University. He has been lucky enough to have had 3 Fulbrights, and has lived, worked, and studied in 9 or 10 countries. He has written a dozen books, both scholarly and popular; the last one being The Wanderer: Travels & Adventures Beyond the Pale. The next, The Heretic’s Book of Death & Laughter: The Role of Religion in Just About Everything, is due out later this year.

Steven Darian wrote a guest post, and described his Fulbright experience in Uzbekistan, 1997-1998.