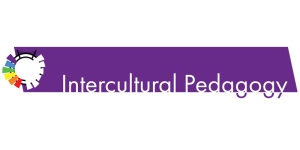 Knowledge is the Beginning, a documentary produced and directed by Paul Smaczny about Daniel Barenboim, Edward Said, and the West-Eastern Divan Orchestra.

At least there is a chance for dialogue.

Barenboim and Said established the orchestra to bring together young musicians from across the political divide in the Middle East. They hoped that music would help to bring understanding and tolerance of different beliefs and cultures. The name comes from Johann Wolfgang von Goethe’s collection of poems, West-Eastern Divan. The film covers the years 1999-2004; the orchestra is still performing today, and makes a point of putting on concerts in the musicians’ home countries whenever possible. In 2007 UN Secretary General Ban Ki-Moon named Barenboim UN messenger of peace, and in 2016 the West-Eastern Divan Orchestra was named a UN Global Advocate for Cultural Understanding. The conversations among young musicians from a variety of countries would make this a good choice of film for someone teaching about intercultural dialogue.