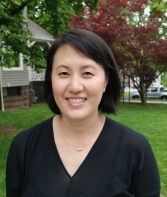 Her research examines the global rise of gastro-national branding as a nation-building strategy to understand why nation-states use food to enhance their international reputation. She investigates the political process of promoting culinary practices through international heritage regimes and global media. Chi-Hoon has published on topics such as the inflight experience of national cuisines, the use of plastic food models as gastro-national tools, and the politics of kimchi as intangible cultural heritage.