Irene Maria F. Blayer holds a PhD in Romance linguistics from the University of Toronto, and is a Full Professor at Brock University, Ontario, Canada, where she  is affiliated with the department of Modern Languages as well as the Interdisciplinary PhD in Humanities. 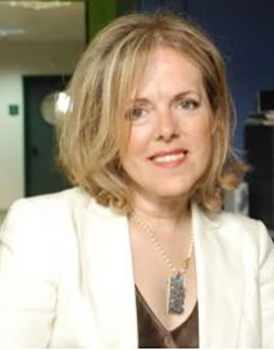 Trained as a historical linguist, her interests evolved into larger cross-linguistics and interdisciplinary teaching and research projects. In a broader context, current research includes the study of diasporic and insular-narratives, and how these narratives express  the inter-cultural complex and diachronic interplay of identity, language and culture. She has been part of research projects with colleagues in Asia, Brazil, Canada, Europe and the United States. She is the co-founder with Dulce Scott (Anderson Univ, USA) of the InterDISCIPLINARY Journal of Portuguese Diaspora Studies (launched in 2012) and Co-executive editor of the book series Interdisciplinary Studies in Diasporas (launched in 2016) with Peter Lang.

Work for CID:
Irene Maria Blayer has served as a reviewer for Portuguese translations.